Company:  Aviva plc is a British multinational insurance company, with approximately 33 million customers across 16 countries.  In the UK, Aviva is the largest general insurer and a leading life and pensions provider.  Aviva is currently investigating the further use of renewable energy generation via a wind turbine on their Perth site with a view to being 100% supplied by locally generated green energy and becoming an exemplar site for the Aviva Group.  In addition they are currently exploring the feasibility of additional energy storage and energy reduction technologies.

The £3million project will be the first development of its kind on one of Aviva’s UK sites, securing energy supply and further progressing their objectives of reducing their worldwide company carbon emissions by 70% by 2030. Aviva were the first carbon neutral international insurer in 2006 and have previously been awarded the United Nations Momentum for Change award in recognition of their efforts reducing their environmental impact and helping inspire action on climate change.

Project Information:  Purple Renewables have undertaken a range of environmental studies from noise surveys to landscape surveys in order to assess the suitability of the Aviva site for a wind turbine.  Aviva and Purple Renewables hosted an Open Day on the 24th July 2018 to introduce our plans for on-site energy generation which was met with some interest by local residents and Aviva employees.

You can find out more about the project on it’s microsite at www.aviva-renewables.co.uk and Aviva’s corporate responsiblity plans for carbon reduction here www.aviva.com/social-purpose/environment/

Update Nov 2020: The Reporter and Scottish Government have advised that they have decided to refuse planning permission for this site due to a number of factors related to the heritage listing status of the Pitheavlis building.  Whilst this is disappointing news, Purple Renewables will continue to discuss with stakeholders the outcome to advise a potential way forward. Aviva is reviewing the basis of the decision. More news to follow.  This was reported in national media.  Local councillors commented “the turbine refusal goes against green policy”.

Update June 2020:  The Reporter has advised that final exchange of written submissions has now been completed and that a Recommendation Report is to be passed to Scottish Ministers is being finalised and will be issued imminently.  A DPEA target date of 29th June 2020 has been set.

Update March 2020:  The Reporter from DPEA visited Aviva Perth on the 10th March to assess in person the proposed development for the ongoing Scottish Government investigation.  This has also been covered in national media (Scottish Daily Record).

Update Jan 2020:  After obtaining provisional planning consent, due to the complex nature of the site and the fact that Historic Environment Scotland objected to the proposal, the Scottish Government called in the application for re-assessment and has advised that they aim to undertake a site visit in March 2020.  Planning and Environmental Appeals Division (DPEA) of the Scottish Government have estimated they will have re-determined the application by May 2020 under case reference NA-PAK-020.  This has also been covered in national media (Scottish Daily Record).

Update Aug 2019:  Purple Renewables is pleased to announce that we have successfully assisted Aviva plc in obtaining provisional planning consent (subject to it being upheld by the Scottish Government) for a 800-900kW wind turbine at their Pitheavlis site in Perth, Scotland, an iconic category A listed building of national importance.  This makes Purple Renewables the first developer in the UK to site a large scale wind turbine next to a category A listed building, a major challenge where sensitive development is of paramount importance, re-enforcing our reputation as an on-site renewables specialist where responsible development is key.  At the Local Review Body hearing held on 20 Aug 2019, overturning the original planning refusal, Cllr Tom Gray agreed the development would be a “positive statement for Perth” and commented that “”in recent years, months, indeed days, through extreme weather patterns, the past six months in particular,.. the global populace has become sharply aware of the critical crisis facing our planet.  The clock is ticking towards an unstoppable climatic change effecting the sustainability of all aspects of land based life.  It is therefore critical that all communities embrace changing from an aesthetics and amenity first approach towards demonstrating a will to consider all possibilities towards sustainable energy production.  With this in mind, the impact on landscape character and visual integrity can be viewed as a bold statement of intent toward a positive outcome and would then be pleasing rather than sore on the eye.” 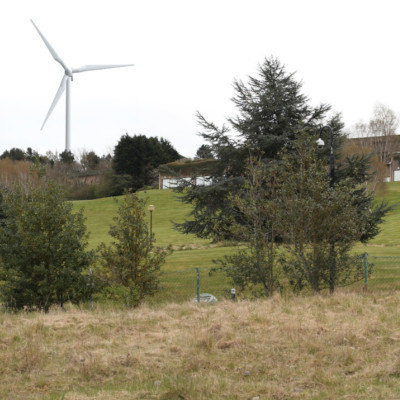 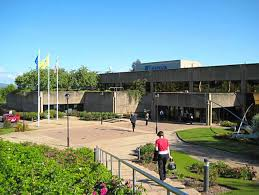 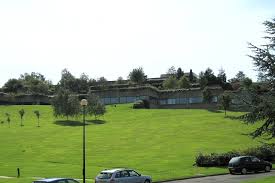